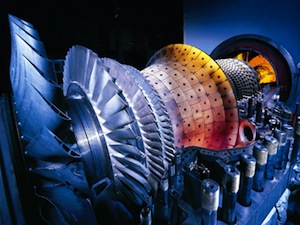 The global demand for energy continues to increase. Apart from the building of new power stations, an ever-greater emphasis is also being placed on increasing the efficiency of energy production.

The use of new technologies in power stations and the increasing efficiency and performance of gas and steam turbines is placing greater demands on the performance of the lubricants used in these applications.
Significantly lower oil volumes for higher-performance turbines along with the use of oil circuits in combined cycle gas and steam turbines require long-life turbine oils which display, among others, outstanding thermal oxidation stability and excellent water and air release properties.

Steam, gas and hydro turbine oils are a blend of highly refined or hydro processed petroleum base oils,